A successful Missouri surgeon has beaten unbelievable odds by returning to the OR after suffering sudden paralysis from the waist down.

Dr. Ted Rummel lost his ability to walk or stand when a blood-filled cyst on his spine burst in 2010. A year of intense rehabilitation later, he was back in the game.

Rummel even overcame the hindrance of sitting as he worked by utilizing an ingenious stand-up wheel chair.

Now, the tenacious orthopedic surgeon can do virtually everything in the OR he previously could and maintains his physical strength with daily exercise and his emotional strength thanks to a deeply devoted family. 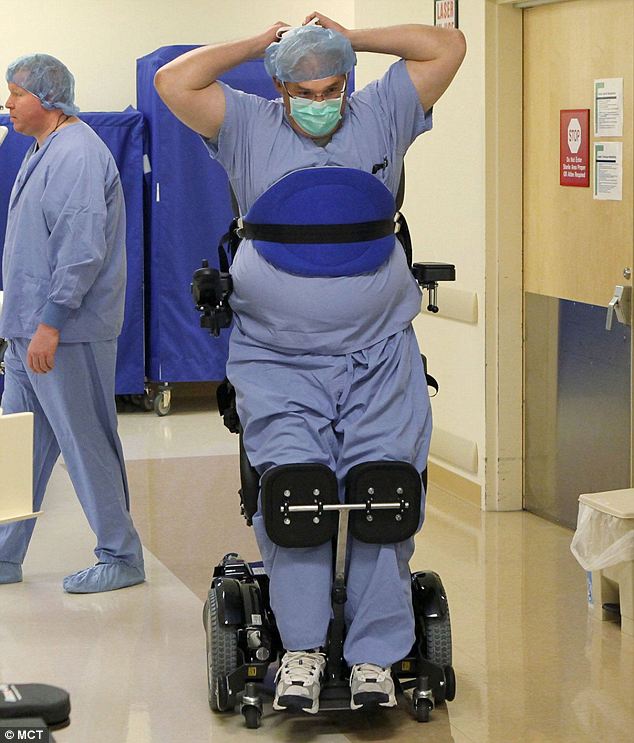 Inspiring: Here, Dr. Rummel is seen in his special chair. A year after he became paralyzed, Rummel was already back in the OR. But his sitting chair left him unable to perform shoulder procedures, his favorite surgery 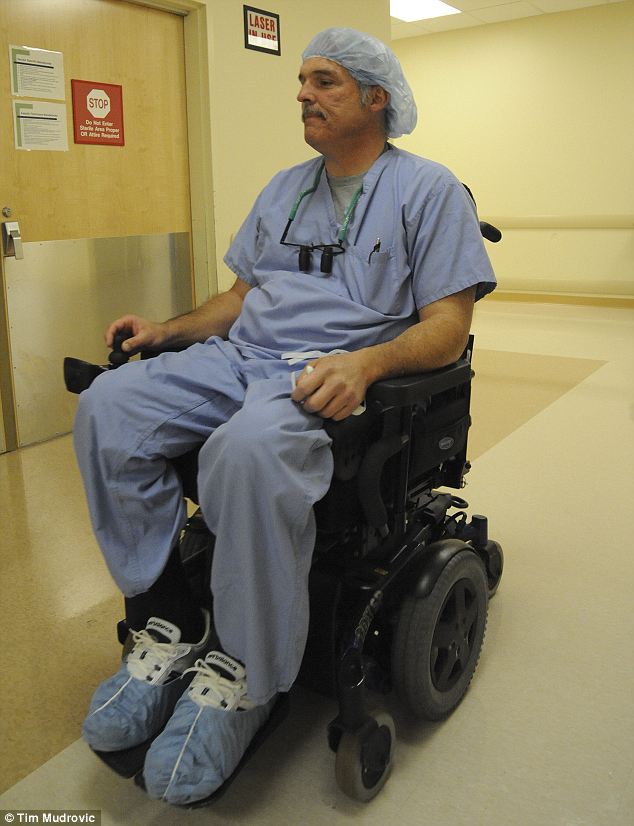 Paging Doctor Rummel: Dr. Ted Rummel is a an orthopedic surgeon in Missouri and performs his operations on joints from a wheelchair 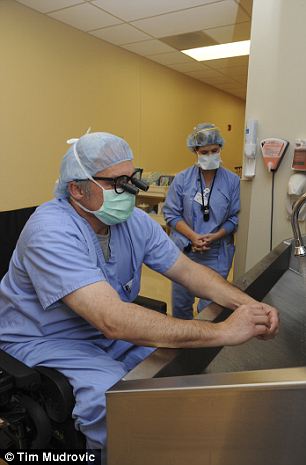 Tenacious: The tenacious doctor lost his ability to walk when a cyst burst in his spine. A year of grueling rehabilitation later, he was right back in the OR repairing joints and improving lives

Rummel told the Enquirer that his freedom despite his disabilities have been a lifesaver.

But the miraculous outcome wasn’t always a sure thing.

The surgeon’s troubles began in 2009 when he was diagnosed with a cavernous hemangioma, a type of blood-filled sac, on his spine.

Doctors fearful they might cause him immediate paralysis opted not to operate.

He lived with the cyst for 11 months until September 2010, when the sac ruptured and the necessary surgery he underwent thereafter left him numb from the waist down.

Suddenly Rummel, who practices in O’Fallon, Missouri, found himself going from performing 1,000 surgeries per year to not knowing if he’d ever work again.

‘One of my first thoughts was, “Oh my gosh, my life as I know it was erased,”’ he recalls. ‘Who you are out of the OR is gone and you have to redefine yourself.’

But the dedicated physician soon came to his senses and decided he’d be back in the OR no matter what it took.