Ms. Wheelchair can stand, so she's stripped of her title

The announcement of the new winner Tuesday came amid protests over pageant officials' decision last week to take the crown away from Janeal Lee, a high school teacher and muscular dystrophy sufferer who uses a scooter as her main way to get around but says she can walk up to 50 feet on a good day and stand while teaching. 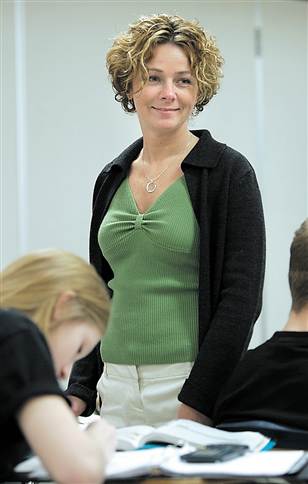 "I no longer feel comfortable supporting an organization that instead of working towards creating a positive change, chooses to perpetuate stereotypes and requests its participants to hide their abilities while in public," said the sister, 26-year-old Sharon Spring of Rochester, Minn.

The eventual winner was second runner-up Kim Jerman of Waukesha, one of five women who competed for the title during a January competition. She could not be reached for comment.

The crown went to Jerman after first runner-up Michelle Kearney of West Allis refused to accept it.

"Who is to say who is more disabled and less disabled than another person?" Kearney told The Post-Crescent. "Had I accepted, it's as if I had been saying I'm OK with the decision."

Lee said she didn't think the organization's decision was fair but would use the dispute to teach others about the range of disabilities people can have.

"Clearly, it would be better if this didn't have to happen to spark any interest or conversation about disabilities," Lee said.