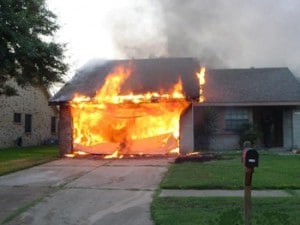 Officers arrived on the scene of a California City house fire, where they were informed of wheelchair-bound person that was trapped inside the building.

Inside the house, was a nearby neighbor who was aware of the person trapped inside; a police officer and the neighbor cooperated with each other to free the woman from her shambles.

The police officer and neighbor resolved the situation and saved the woman’s life from a very tragic ending, people familiar with the incident noted that the woman was not aware there was a fire in her home until it was too late.