Are Cops Properly Trained To Deal With People With Disabilities? 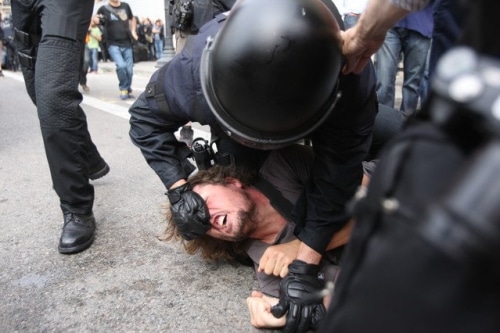 Every police force in the United States should be properly trained to handle situations with people with disabilities. We have seen recently that law enforcement agencies do not have enough training and experience to correctly assess these situations.

Due to this lack of training, violence is used more often than is necessary.

The committee, chaired by democratic Senator Dick Durbin from Illinois, met against the backdrop of the death of James Boyd, a homeless man who had been in and out of psychiatric hospitals, shot to death by police in Albuquerque, and Ethan Saylor, a man with Down syndrome who suffocated to death while handcuffed by off-duty deputies working as security guards in a Maryland movie theater.

They are just two of many people with psychiatric or intellectual disabilities killed by law enforcement.

In the face of these deaths and many others, the senators and witnesses all argued that something must be done.

Suggested solutions included increased funding for Crisis Intervention Teams (CIT) training and the Justice and Mental Health Collaboration Act. This would improve access to mental health services for people who come into contact with the criminal justice system. Additionally, this will provide law enforcement officers tools to identify and respond to mental-health issues.

While the hearing focused on troubling, high profile, and tragic cases such as those of Boyd and Saylor, the scope of the problem extends to virtually every kind of disability.

Encounters with police have also taken an unnecessarily violent turn for people with disabilities that are not psychiatric or intellectual, including conditions that are physical or sensory:

Are Cops Properly Trained To Deal With Disabilities?