Similar to many individuals who served in the U.S. Marine Corps, Ray Brown, 59, perceives virtually no distinction between that time and today. He confidently  states that he’s still a Marine.
That dogged perseverance undoubtedly has been largely essential in the success of Wheelin’ Team 457. It’s a group Brown started in 2003 to give recreational opportunities for those who have disabilities and use wheelchairs. 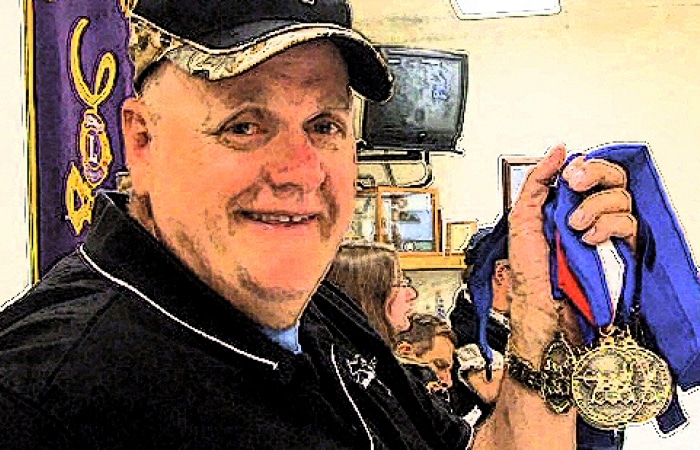 He himself employs both manually operated and electrical power wheelchairs for mobility. He discovered he had distal muscular dystrophy in 1996, after being employed 25 years as a respiratory therapist,  he states his legs are shot, even though he still possess some upper body use.

Wheelin’ Team 457 got the numerical part of its name from American Legion Post 457 which supplied gathering amenities in North Branch, Mich., where Brown resides. It began with 6 members, the organization currently has 75 members.

Other activities offered by Brown’s Wheelin Team 457 include shooting, archery, fishing and hunting just to mention a few.

Custom Made Equipment for Recreational Activities

The initial activity open to members was shooting air rifles on a 10-meter shooting range at the Legion post. Today the curricula has expanded to include activities such as archery, ice fishing, summer bass fishing, hunting of many different kinds, and a whole lot more.

Custom made equipment such as customized wheelchair joysticks and sip-and-puff controls can help participants use fishing machinery and firearms that normally might be an issue. Brown said he created the local club due to the fact that he along with other wheelchair users noticed they needed to travel extensive distances to take part in recreational activities and wheelchair sport tournaments. 17 members  of Wheelin’ Team 457 were inducted into the Athletes with Disabilities Hall of Fame in November in Rochester Hills, Mich., for winning events in various wheelchair games. This was due to the inspiration of Ray Brown the Marine.