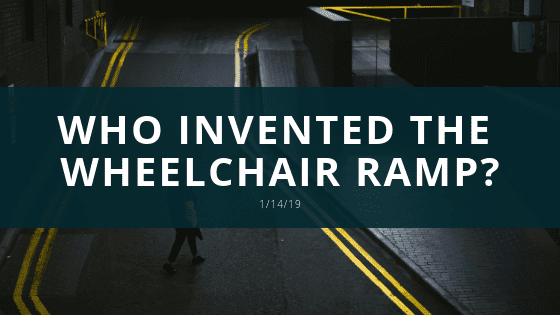 The wheelchair ramp was not invented by one person. This accessibility tool has evolved into what it is today over time after years of disability activism.

Ramps have existed since ancient Greece. It was retooled as a way to move people in the 1900s during the design of New York’s Grand Central Station. It was known as the great stairless station. However, it was initially meant for people carrying luggage, women with strollers, and large crowds.

A Change in Sentiment

People with disabilities often went overlooked by society, but it wasn’t until the 40s and 50s that this sentiment began to change. After World War 2, many veterans returned with mobility-related injuries. These veterans experienced many day-to-day hardships from 6-inch sidewalk curbs to buildings that lacked accessibility.

Protesters took the streets in the 1950s and 60s and smashed sidewalks as a way to make them more wheelchair accessible. Disability activism was not limited to solely veterans, though they did play a major role. There were many others who protested for accessible spaces, especially within urban spaces.

Disability activists lobbied Congress in the 70s and in 1973 the Rehabilitation Act was passed, protecting the civil rights of people with disabilities. Nonetheless, it wasn’t until the passing of the Americans with Disabilities Act, or ADA, in 1990 that the wheelchair ramp became a staple in urban designs. Now, businesses and public spaces are required to provide accommodations for people with disabilities.