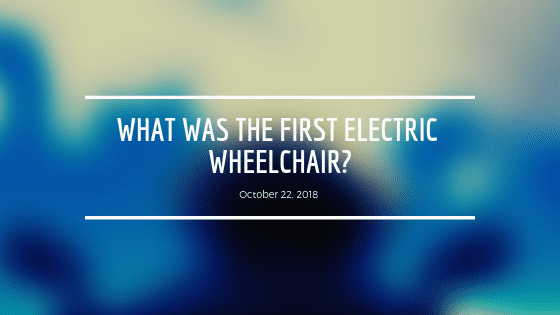 Most WWII wheelchairs were regarded as a tool. The wheelchair itself dates back thousands of years, and there have been many attempts to redesign a chair that did not require the user to propel themselves or need assistance from another individual. In 1916, the first motorized wheelchair came onto the scene. 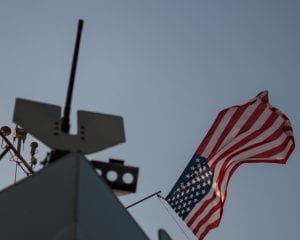 The lightweight folding wheelchair led to the design of Klein's electric wheelchairs. The company where Klein’s chair was manufactured also distributed the first folding chair during the early 1930s. It was the chair’s tubular steel and special mechanical components that encouraged and inspired Klien to continue his pursuits.

His invention included basic features that still used in today’s designs. This includes a joystick, tighter turning systems, and separate wheel drives. This early design of the joystick for powered wheelchairs included 8 different positions. These positions took advantage of possible combinations of one or both motors allowing them to go forward, backward, and to disengage.

The individual drives on the two main wheels of the chair were used instead of a single drive was to avoid burning out the power. The two drive unit meant new ways for steering by engaging and disengaging the drives independently.

The Klein Chair included a special box that would be fitted under the chair seat. It had to be altered to provide enough floor clearance. This would avoid interference with the maneuverability of the chair. It also allowed for easy removal of the batteries so they could be recharged.

George Klein’s invention of the first electric wheelchair paved the way for modern power chairs. However, wheelchair technology continues to evolve to this day. Now there are power wheelchairs that include more features that provide more comfortability for the user. Electric wheelchairs require no strength from the user which allows greater long-term comfortability. They have the ability to go further without the user getting tired. Features include reclining and tilting options which are great for pressure relief and others useful or necessary to health and function. They have different drivetrains which can cover a variety of terrains from grass and dirt to pavement. 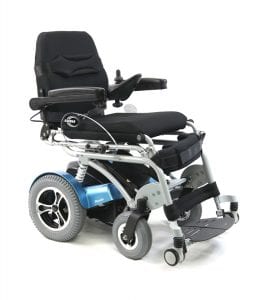