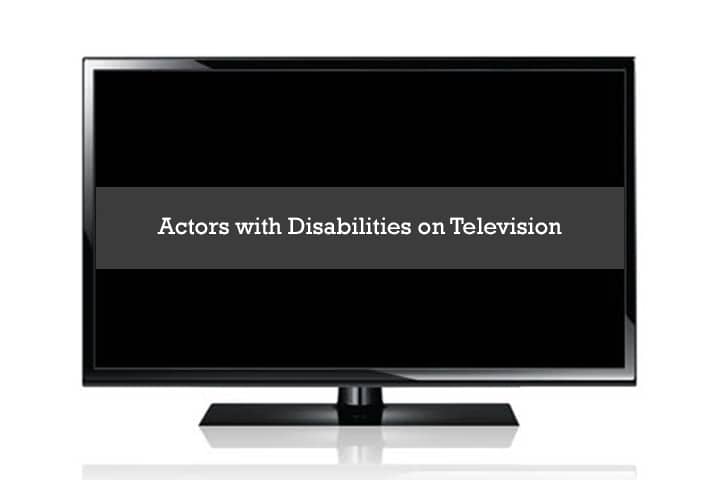 In the last few years, there has been a rise of disabilities being  portrayed in the media. Actors with disabilities have been making positive impact by playing key roles of the show regardless of their disabilities. Many times, non-disabled characters have been playing disabled roles, causing an ongoing argument in the media industry. However, there are shows out there who employs people with real disabilities.

Below are actors with disabilities have been on television.

Peter Dinklage from Game of Thrones

Peter Dinklage is known for his role as Tyrion Lannister in HBO’s Game of Thrones. He has won a Golden Globe and Emmy Awards for his outstanding performance on the hit television show. His prominent role on the show helped spread awareness about dwarfism and how his disability did not stop him from becoming one of the most well known character in the show.

Gaten Matarazoo is known for his role, Dustin, in Netflix's Strangers Things. At such a young age, he brought positive awareness about Cleidocranial Dysplasia, a rare genetic disorder where you are born without collarbones. Cleidocranial Dyspepsia affects growth in your head, shoulder, and teeth. You may not see it on the show, but he wears fake teeth. He has shown that his disability has not stop him from portraying a key role in the show.

Michael J. Fox has been in the industry for a long time. He is known for his role in movie series, Back to the Future. When he was diagnosed with Parkinson's Disease, it did not stop him from not being in the entertainment industry. His recent role was in the show, The Good Wife, where he played as  a lawyer. Michael displayed awareness about Parkinson's Disease by sending out messages that people with diseases or disability can still do what they love.

Lauren Potter is known for her role as Becky Jackson in the show, Glee. She was born with Down's Syndrome but that did not stop her from receiving opportunities. Her role has allowed her to talk about the disability by bringing awareness to people that they should focus on an individual's skill, not his or her disability.

Micah Fowler is known for his role as JJ DiMeo in ABC's Speechless. The show portrays what it is like to have a family member who has a disability. Micah plays the perfect role in bringing real life feeling and incidents that he experiences in his daily life. The actor and the show itself, received positive feedback in portraying an incident in everyday life that is rarely shown in the entertainment industry.