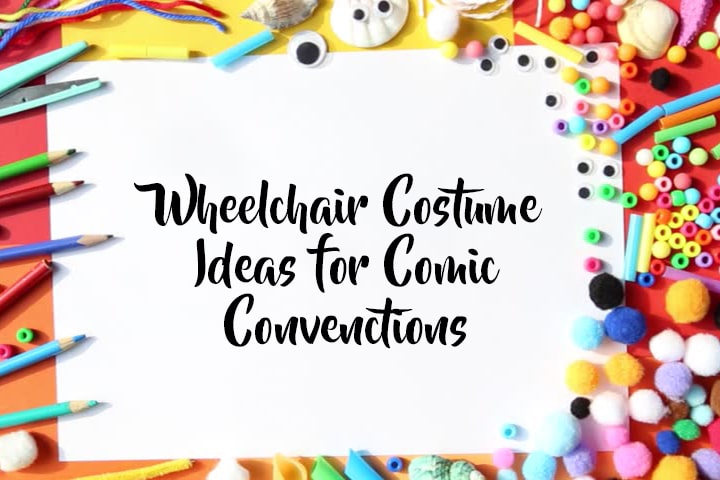 Every year, more people are attending “fan-based” cons such as Disney’s D23 and Comic Con in San Diego. These event usually last for 3 days where there is a chance that you could meet your favorite actors/actresses and find out the latest news about your favorite television series or movies. It is also a place where you can dressed up or “cosplay” during the entire event. It is like having Halloween all under one roof! They even have costume contests where you can show off your best costume and win prizes depending on which con you attend.

Game of Thrones – The Iron Throne

Your wheelchair is the perfect object to turn into a throne! You can dressed up to become your favorite characters from the television series and pretendthat you (or the character) has claim the throne.

Doctor Who – The Tardis, Dalek

The wheelchair can be turn into a telephone booth or the "exterminate" machine by crafting the shape of the objects with card board and attaching it to the chair. This will allow the wheelchair to be disguised or give it a  new shape. You can dress up as your favorite Doctor or become an actual moving robot.

Do you always want to be a character from the Disney's franchises? Instead of being just Captain Hook, you can make your idea become more creative by creating his ship so it will look like you are sailing it. This also applies for Cinderella and the characters from Tron as well. Turn your wheelchair in to the vehicle that your Disney character uses.

Batman isn't himself when he doesn't have his bat mobile. This is the perfect opportunity to turn your wheelchair into your very own Bat Mobile.

The possibility of turning  a wheelchair into something really cool is endless! Be inspired with the characters that you love and bring them to life.