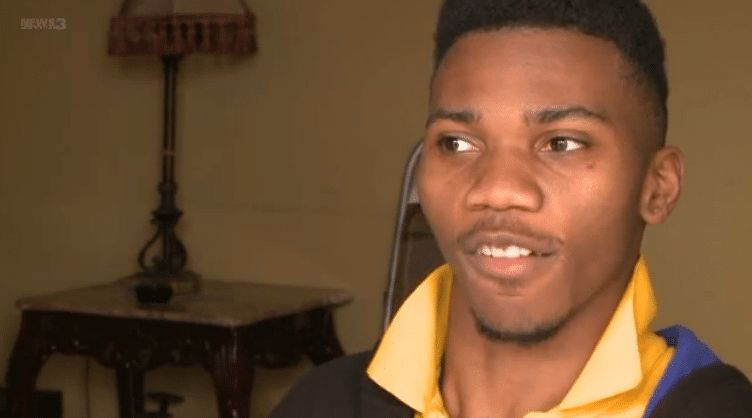 A man was locked up and accused of robbing a wheelchair-bound teenager in his front yard.

“I was shocked,” Deandray Hall said. “I was like what’s going on?:”

Hall was caught off guard and thought he was going to die.

The 17-year-old lives life in a wheelchair every day and said he was having trouble making it up his icy driveway at Bitter Creek Saturday night when a group of boys appeared out of nowhere.

“I ain’t see them coming. They came up behind me,” Hall remembered.

“He said give me your phone,” Hall said.

Officers reported the robber pulled out a gun and pushed it up against Hall’s body.