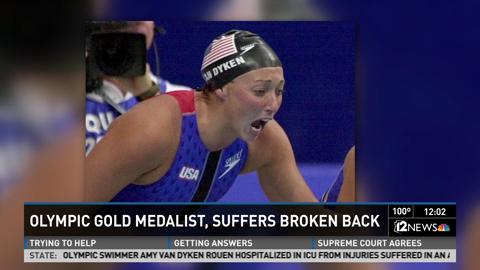 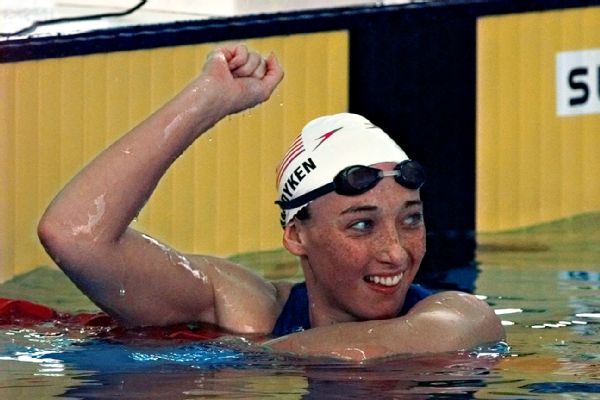 Amy Van Dyken Rouen, a six-time Olympic gold medal-winning swimmer, is hospitalized in an intensive-care unit in Scottsdale after suffering injuries in an all-terrain vehicle accident.

David Van Dyken posted on Facebook that Amy, his sister, had been airlifted to Osborn Medical Center after the accident Friday in Show Low. Her husband, former Denver Broncos punter Tom Rouen, said she suffered a broken back. The Associated Press reported that she severed her spine. A letter from the Van Dyken and Rouen families said she severed her spinal cord at the T11 vertebrae and that the broken vertebrae came within millimeters of rupturing her aorta.

Show Low police officers, according to their report, were dispatched to the Torreon Golf Club at 7:55 p.m. Friday after receiving a 911 call about Van Dyken Rouen’s accident.

Van Dyken Rouen was conscious but having trouble breathing and without feeling in her legs. A witness saw Van Dyken Rouen driving an ATV through a parking lot and “launch over” a curb. She was not wearing a helmet. The witness said he ran to Van Dyken Rouen, found her unresponsive and called 911.