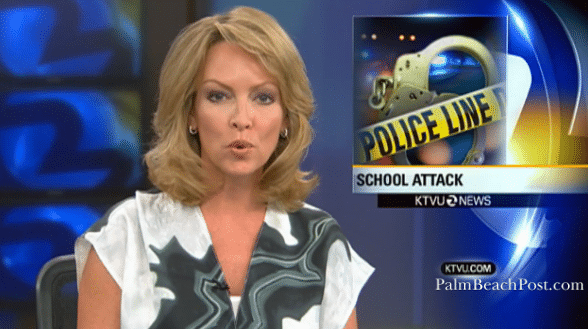 The family of a 17-year-old California student said they are demanding justice after the school district released surveillance video that shows a staff security guard beating the special-needs sophomore.

Oakland High School student Francisco Martinez left Children's Hospital in Oakland Thursday evening after returning again to ask doctors for help managing the intense pain he says he's had ever since a beating he suffered at the hands of a school security officer last week.

"He slapped me. He hit me so hard, it threw me out of my chair. I hit the floor with my chin first. I had a scar right here," Martinez said, pointing to the area above his throat.

KTVU obtained surveillance video from the Oakland Unified School District which they say shows the officer beating the 17-year-old special needs student at Oakland High School about 9 a.m. on Monday May 19th.