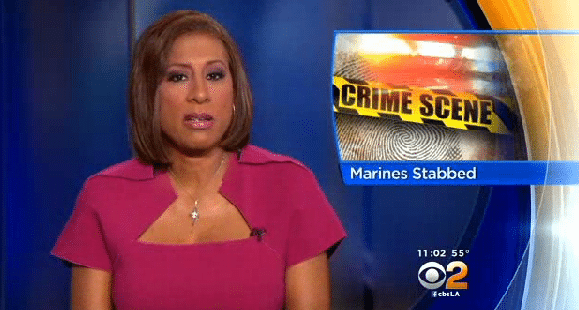 Three Marines were attacked and stabbed during a downtown Huntington Beach street fight. Police attempted to piece together the triggering event of violence between Dodgers and Angels baseball fans.

Officers were called to handle a disupt on Sunday. As a result, six people were arrested for fighting over the two baseball teams. Police said the 1:45 a.m. incident took place near the intersection of Main and Walnut street intersection just blocks from the beach.

Officers said the incident began when a woman wearing an Angels jersey got into a dispute with two people who were talking about the Dodgers.

As the conflict grew, three passing Marines came to the aid of the woman wearing the Angels jersey. In the end, they were attacked and stabbed.

As officers tried to break up the fight, one of the Marines was stabbed with a broken beer bottle.