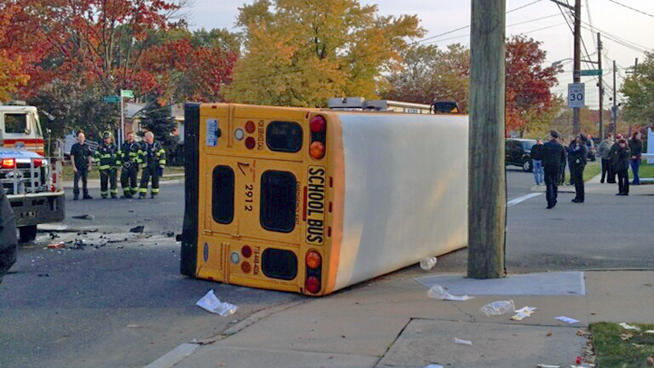 Three special needs students in wheelchairs have suffered minor injuries when their Central Texas school bus flipped on its roof after being hit by a car.

Officials with the Copperas Cove Independent School District say three children, an attendant and the bus driver were slightly hurt in Friday afternoon's wreck. Emergency personnel had to cut specially designed restraints to free the children.

Officials say a woman driving the car was also transported to a Killeen hospital to be checked, as a precaution.

The Texas Department of Public Safety says the accident happened at an intersection when the northbound bus was struck when the car failed to stop.

Sounds very similar to this story from last week:

School Bus Flips Over With Children Inside, 9 Hurt