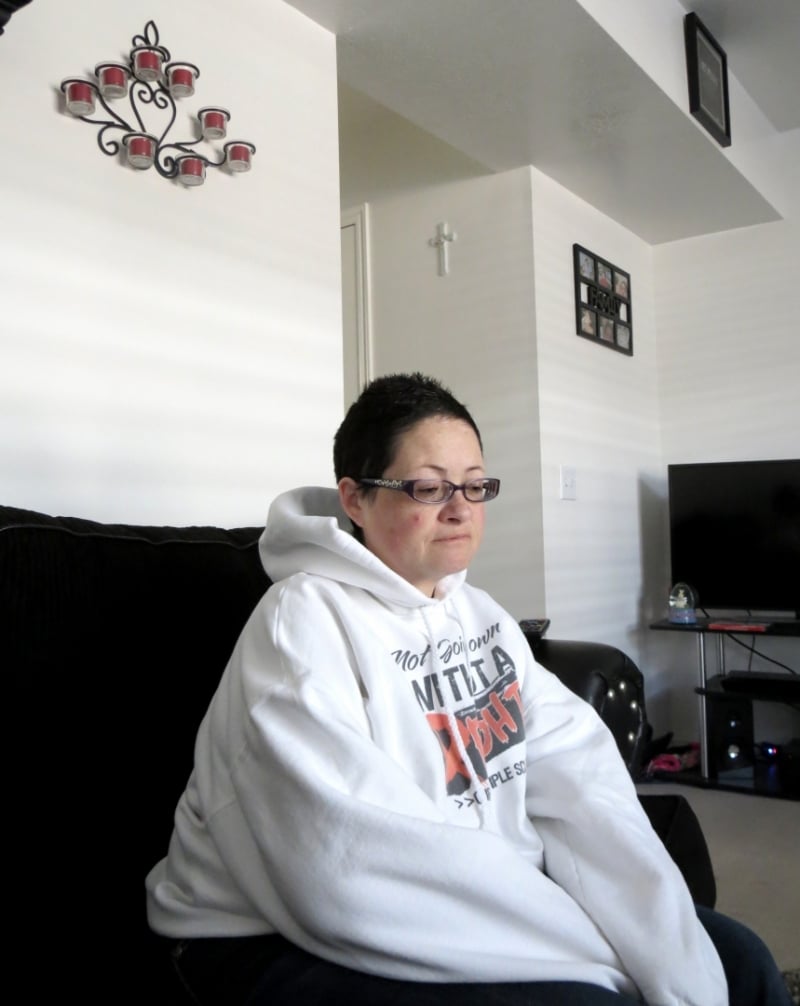 Kamryn Bentley isn't one to let life get her down. Despite being diagnosed with multiple sclerosis and mobile only with a wheelchair, she considers herself very independent.

However, the adjustment to her new lifestyle hasn't been easy, and she said it was recently made worse by teenage bullies who robbed her.

Late Friday, Bentley was coming back from the Layton K-Mart on Main Street with groceries when a car with a couple of teenagers pulled by.

The teenagers shouted out the window, "Vegetable!"

This wasn't her first run in with the "punks," so she shouted back at them and continued home.

What she said she didn't expect was to get jumped by the two teens. One came up from behind and grabbed her wheelchair while the other appeared from behind some bushes.

"They just kept calling me 'vegetable' and 'retard,'" Bentley said in an interview with the Standard-Examiner. "The kid in front kept saying 'what are you going to do, get out of that chair?"