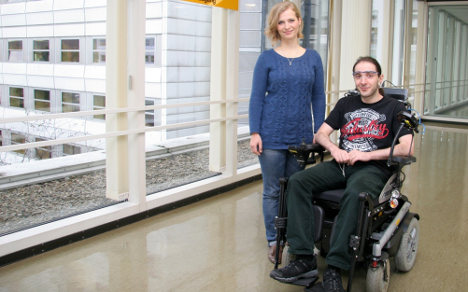 The technology involves fitting patients with a small chip which monitors muscular movement in the ear and converts it into a signal which then gets passed onto a computer in the wheelchair.

Researchers from Göttingen, Heidelberg and Karlsruhe collaborated to create the software. Study head David Liebetanz believes the innovation is particularly promising because unlike the technology currently available,  it does not impair inter-personal communication.

"[This technique] as opposed to existing steering technology which uses breathing or eye movement for instance, means patients do not have to forgo social interaction," he said.

Ten participants, who were themselves not disabled, spent five days learning how to use their ear muscles to communicate with the software, which adapts to each individual user and provides feedback based on the signals received from the muscles.

By day five, all ten participants had managed to navigate their wheelchairs around the main hospital building.

Psychologist Leonie Schmalfuß said: "Clearly we are talking about an ability which can be learnt in a short space of time, like learning to juggle three balls."

Liebetanz added: "We were really baffled by this because half of our participants went into the study claiming that they could not wiggle their ears."