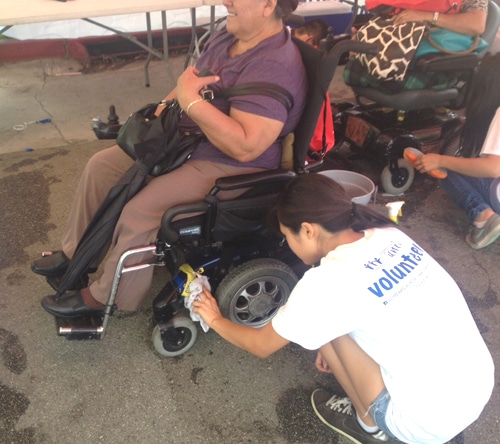 [dropcap]L[/dropcap]ast week in the East Los Angeles Civic Center there was some positive vibes rolling out, the reason for the jive: volunteers from “Familia Unida” decided to take it upon themselves to help wheelchair users clean their equipment. It was an entertaining event indeed, as a mariachi band was heard in the background of all the smiles that were being displayed that afternoon. 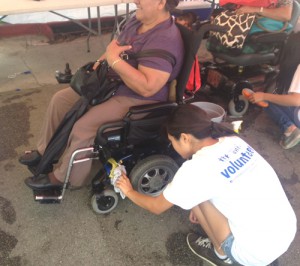 This yearly Los Angeles event provides aid for both manual and power wheelchair users, some of these wheelchair users also repaired and washed other users chairs, which led to Familia Unida President Irma Resendez to say the following, “great example of how people with disabilities have many abilities”.