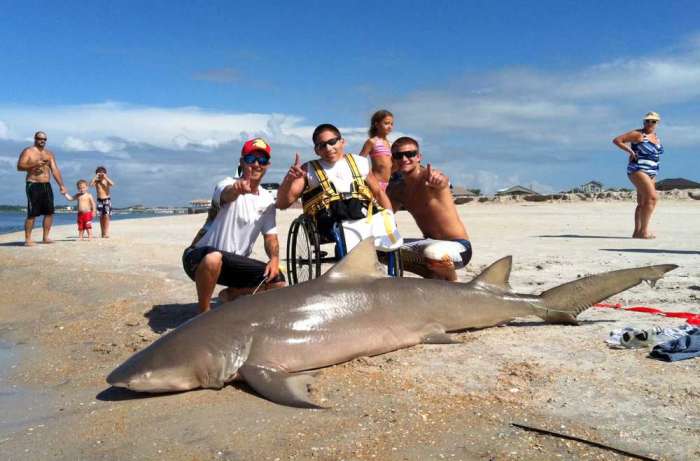 A young, wheelchair-bound man in a manual wheelchair recently made news for his amazing catch of a 250 pound lemon shark. Matt Sechrist,19 year old teenager from Florida, succeeded in catching a giant lemon shark.

Matt, assisted by his father and friends, did something on his own that is courageous and exciting. While in his wheelchair, Sechrist locked his brakes and started a fight with a mammoth. Matt was able to make the catch after an hour long struggle!

This feat is only topped by the fact that the Sechrist family released the shark into the ocean after taking a photo of the catch. Something that is typically never documented after a story of this sort. "I don't want people to look at me and my disability and see what I can't do," he said. "I'd rather them see me for what I can do."