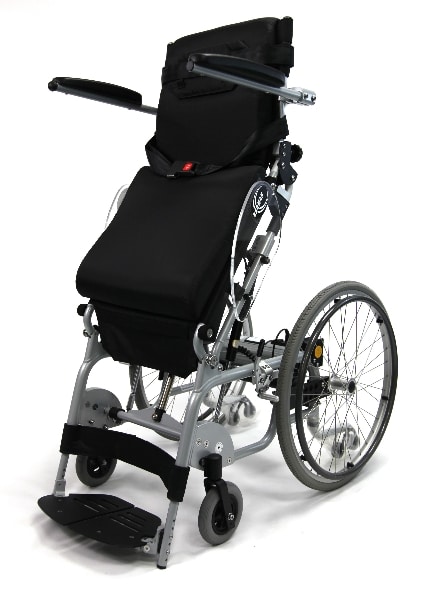 People who live with disabilities often face fear, discomfort, and hostility at a rate that far exceeds that encountered by those who do have no disability. The vast majority of such treatment is rooted in a basic lack of understanding about the challenges that come with having a disability, and the experience of sharing the world with people who do not. People often seek to fill in gaps in their knowledge, and when information is lacking, confusion and even fear may result.

Anyone wishing to overcome this experience in themselves will be best served by first recognizing that a disability is a limited phenomenon. A physical disability may have a large impact on how an individual interacts with the physical word. A sensory disability may alter the gathering of information. These are conditions however, in no way prevent the individuals who live with them from having unique personalities, talents, knowledge, humor, and lives. People who live with disabilities have more in common than not with those who have no disability. We all share the same existence, and the same basic needs.

In order to establish a foundation, he top three considerations, as repeated in the vast majority of lists of disability etiquette concerns are:

The more a discussion of etiquette directly relates to lifestyles and personal abilities, the more likely it is that the word "never" is used to illustrate what not to do. While this is often a useful guideline, it can be cumbersome in some situations. In some cases, people who are less experienced in respectful and positive communication may stumble over wording, and significantly impair communication efforts. In other cases, people who are living with a disability may have feelings about language that is not in keeping with the established guidelines for etiquette. Whatever the reason, the commonly recognized best practices of disability-related etiquette may not always be the preferred practices, and it is always most important for the most effective and respectful communication, to first respect the wishes of the individual.

Developmental and cognitive disabilities are an extremely broad, but very interconnected category. Both types of disability frequently occur together as a result of a single causal factor, though they just as frequently occur individually. While an experienced and compassionate person may be able to recognize that a person has a developmental disability, there is often no way of knowing whether the person also suffers from a cognitive disability without interacting with that person. Likewise, cognitive disabilities may occur in people who do not appear externally to have any disability whatsoever. It may take observation of behavior and interaction to determine how to communicate most appropriately with someone. Further, a basic recognition that a person's behavior differs from the range that is considered mainstream may not absolutely indicate a cognitive disability, but could be a result of a mental illness (see below) or simply a personality quirk that does not constitute a disability. Lastly, a person with a cognitive disability may not be recognizable in casual interaction. Conditions such as dyslexia, and attention deficit are classified as cognitive disabilities, and can reasonably require both accommodation and sensitivity, but neither will necessarily be immediately apparent. It is in this broad category that the most care must be taken in making assumptions about what a person is or is not capable of doing on their own or with assistance.

Make no assumptions about what someone who is blind can and cannot do. Modern assistive technology has made things that were formerly inaccessible to the blind commonplace. A primary example is computer usage, which has become a nearly ubiquitous skill for sighted people, and is rapidly becoming standardized as audio screen readers and web standards converge.

Deafness is an extremely common disability, and one which does not present the same mobility issues faced by many other people with disabilities. This, combined with modern support for signing (which was once discouraged as a form of communication) has resulted in vibrant deaf communities springing up around the world. Still, interacting with a person who is deaf can be challenging, as deafness presents a communication barrier not experienced by most people who live with disabilities.

People living with mental illness may or may not have a disability. The specific criteria for determining the nature or severity of a psychiatric condition that constitutes a disability constantly shifts, but generally rests on a consideration of the level of impairment of daily activities suffered by the person in question. The biggest barrier faced by people living with mental illness is the lack of understanding which is nearly universal to almost all psychiatric disorders. Stigma, and the accompanying ignorance, remains the primary barrier to overcome.

Mistakes Will Be Made

Everyone will at some point make a mistake in conversation. This is one occasion that requires absolutely no special consideration for people who live with disabilities. As when interacting with anyone else, when a mistake is made, simply apologize. People who live with disabilities learn early and unequivocally that others are frequently uncomfortable interacting with them. Most people who have lived with a disability since birth (and many who have not) have experienced bullying and harassment as a result of individual ignorance. A conversational error will not be the harshest experience suffered by any person living with a disability. An apology is an acknowledgement of an error, and of a person's intention to be sensitive. Communicating an awareness of etiquette and concern for an individual's feelings may even set one apart from the crowd, and be the first step toward making a new friend.