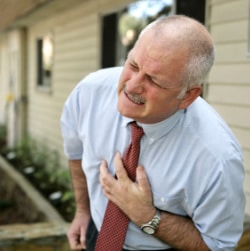 Stroke, also known as Cerebro Vascular Accident (CVA), is one of the leading causes of deaths in the U.S. In 2006, it’s estimated that about 6,400,000 U.S. citizens suffered a stroke, which suggests that on the average, somebody suffers a stroke every 40 seconds.

There are several factors that contribute to stroke:

Smoking, drinking, obesity, and aging are other important causative factors leading to stroke.

Insufficient oxygen supply to the brain impairs its normal functioning. Warning signs that someone may be experiencing a stroke include:

Because strokes can occur to anyone, and the results can be so severe, it is important to be able to recognize these symptoms when they occur, and seek immediate help. In serious cases, seconds can make a difference.

These blockages are mainly caused due to blood clots arising from atherosclerosis. The blood clots flow through the blood stream and cause blockages in the small arteries of the brain. The source of Ischemic strokes lies mainly in the carotid artery that arises from aorta placed just above the heart.

About 85% of the strokes are Ischemic in nature.TIA (Transient Ischemic Attack) is similar to a stroke, but is of short duration and causes little interruption in the brain's supply of oxygen. TIAs rarely result in any lasting disability or serious consequences, though they may be a sign of a more serious problem. Most TIAs are diagnosed after the fact based on a description of the symptoms, which can include confusion, temporary numbness or weakness, and problems with balance or coordination.

Hemorrhagic Stroke: In this type of stroke, a rupture occurs in a blood vessel in the brain, causing moderate to severe internal bleeding. It occurs most frequently as a result of the weakening of the arterial wall at a particular point, a condition known as aneurysm, but may also occur as the result of head trauma.

This is known as hemorrhagic stroke, which is observed in about 15% of the cases. The brain is very sensitive to the presence of free-floating blood, and the reactions that occur as a result of the internal bleeding can be equally, if not more dangerous than the interruption in blood flow.

The traditional symptoms of stroke are well known to the staff and physicians of emergency rooms around the world, and will often result in immediate efforts to either confirm or rule out a stoke diagnosis. A thorough examination of the reflexes and responses of the patient guides the investigation.

Imaging technologies such as CT-scan, ECG, and MRI are carried on upon consultation with the neurologist to diagnose stroke. The doctor gathers all information about the past medical history and medications in case of the diabetic and hypertensive patients.

The treatment of ischemic stroke is carried out by administering medication as soon as possible to dissolve the blockage responsible for the stroke. A Tissue Plasminogen Activator (TPA) is injected into the bloodstream through the arm within a few hours of the stroke. Other blood thinners (heparin, aspirin) and anticoagulants are also administered for quick recovery.

The dose of the medication depends upon the condition of the patient, and should be administered with caution to avert hemorrhages. In some severe cases, surgical intervention is carried out to remove larger blockages.

Clipping and coiling treatments are carried out in patients with aneurysms. In the “clipping” procedure, a clip is placed at the base of the aneurysm to prevent the blood from entering. It is considered to be a permanent solution, but requires direct access to the brain through the skull.

The coiling procedure is a newer development, wherein a small catheter is introduced through the femoral artery in the thigh and with the aid of sophisticated imaging technology, passed upward to the site of the aneurysm in the brain. A small platinum wire is introduced into the aneurysm, which forms a coil around which blood clots, filling the aneurysm, preventing further bleeding.

After the patient recovers from the stroke, special care and attention is given to reduce the occurrence of long-term disability, and bring the patient back to a normal state as soon as possible. Depending on the severity of the stroke and its outcome, this can involve regular physiotherapy, speech therapy, and other nursing care with the help of professionals.

In many cases, age causes hindrance to restoring the mobility of the stroke patient but through utmost care and family support, the situation can be improved. In 2006, there were approximately 138,000 people who died as a result of suffering from a stroke, but this number reflects a significant reduction as a result of modern diagnostic and treatment practices.

The long-term prognosis for stroke survivors can vary widely depending on the severity of the stroke, and the health of the patient. Patients who achieve a full recovery may often take up to a year to do so. Some patients achieve a full physical recovery, but may continue to suffer from psychological impacts which can be either the result of damage to specific portions of the brain, or the manifestation of post-traumatic stress.

This article is brought to you by 1800wheelchair; we offer wheelchair ramps, rolling walkers,mobility scooters, & walkers.